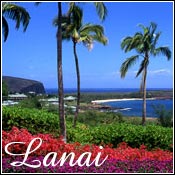 First discovered by Captain Cook’s crew in 1779, The Island of Lanai is also known as Hawaii’s most exclusive island. Hawaii’s 6th largest island in size (and population) is home to about 3,000 residents, who live mostly in Lanai City (now there’s a misnomer).

In the late 1980s, Lanai set its sights on becoming a high-end retreat for the well-healed. The transformation was successful in a number of ways that transcend the obvious intention. Now owned by Larry Ellison, the island is being somewhat transformed to his vision of sustainability.

Lanai boasted two of the most dazzling luxury resorts found anywhere. The Manele Bay Hotel is situated at the island’s most stunning cove beach. The upcountry Lodge at Koele, offers what Conde Nast Traveler has called, “the No. 1 lodge in the world,” and has gone through several incarnations. Along with the two resorts came some interesting attractions and amenities, like 18 holes of world-class golf (another 18 of which are permanently closed), several dining venues, a spa, Lanai Pines Sporting Clays (one of Hawaii’s hippest attractions with clay shooting, air rifle target range and archery), plus the standard array of resort goodies.

But even with just a posh hotel, Lanai has not lost some of the charm of a small island. Lanai City’s public square still hosts a Farmer’s Market every Saturday morning and is home to a handful of nifty shops and galleries, three food markets and five eateries lead by the offerings at Hotel Lanai, which is one of three dinner spots in town. The others are breakfast and lunch-oriented. The quaint 1928 retreat known as Hotel Lanai also offers a limited array of reasonably priced (about $315+ per-night) rooms and is an appealing lodging alternative to those not inclined to lodge at the very pricey resort accommodations. 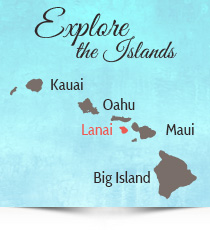