Kona Country Club was originally the Ocean Course at Kona Country Club, which also included the now-defunct Mountain Course. This course meanders to and from the sea. In fact, it sits right on the Pacific Ocean for all of two and parts of three holes, which flourish along the edge of Keauhou Bay.

During the past 20 years, the layout has undergone two major renovations that refined the original William Francis Bell design. The course is reasonably straight-forward and untricked-up, with two doglegs on each nine. Wide, resort-like fairways coupled with generous landing areas ensure that a golfer’s biggest challenge will be from 60 yards in. Quality turf conditions combined with the gentlest breezes on The Big Island, should also assist with scoring.

The first renovations, which occurred just before the new millennium, for the 2000 and 2001 LPGA Takefuji Classic, added to the character and flavor of the layout. Improved tee boxes and clever use of the oceanfront terrain made the course more visually appealing and enhanced shot values. The most recent renovations from 2013-2015, dealt primarily with updating turfs, bunkers, irrigation and drainage. So, what golfers get now is a well conditioned  golf course juxtaposed to the blue Pacific.

The 2nd Green, entire 3rd Hole and 4th Tee (toughest hole on the course) are so close to the ocean that sea spray can be experienced. The 12th and 13th Holes are equally compelling and situated similarly. No. 12 is an intriguing par-3 that plays some 160 yards with the Pacific glistening in the background. The 13th Hole sports a natural “puka” blowhole  on the left, which can be be put in play by an errant drive. Eyes and ears must be alert  for breaching whales from late November through March.

If you have a spare afternoon, play a round at Kona CC.

Tee times up to 90 days in advance.
This program guaranteed through Jan. 31, 2023.
One-round only. No range balls.
NOBODY BEATS US! 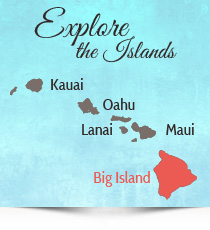