No one knows precisely when the game of golf came to the most isolated islands on earth. By some accounts it was in the late 1800s, when descendants of missionaries whacked small spheres around a field in the Manoa Valley of Oahu. But in 1898, two events occurred that would eventually lead to the emergence of Hawaii as a world-class golf destination: The United States annexed Hawaii and businessman Samuel Mills Damon built a golf course on the part of his Moanalua Valley estate that did not eventually become the Honolulu International Airport.

A century and a quarter later, the State of Hawaii boasts about 75 golf courses on six islands. Accordingly, few would argue that Hawaii is the ‘most-fantasized-about’ travel destination for golfers from throughout the world.

Hawaii’s golf courses are as diverse as the islands themselves. From the breathtaking Kalalau Mountains of Kauai’s north shore to the mesmerizing lava flows of the Big Island to the South, nature has bestowed a bounty of riches upon resolute golf course architects who line up to pay homage to the elements laid before them.

Oahu and its main component, Honolulu (this island would be the 10th largest city in the U.S.), initially became the hub of golf activity in the state. However, in the early 1960s, the resort boom began with the construction of two Robert Trent Jones, Sr. courses on the “outer-islands:” Kaanapali on the western shore of Maui; and Mauna Kea on the Big Island’s Kohala Coast, where, in an idyllic seaside setting amidst vast expanses of seemingly frozen, jet black lava flows, Jones revolutionized Hawaii golf. Until the completion of Mauna Kea in 1964, no Hawaiian golf course had been built on a lava flow. By crushing the soft lava rock, a well-draining base was produced upon which topsoil could be deposited.

During the past 30 years, many of Hawaii’s golf layouts have been constructed in and around heavy concentrations of lava. And while the Big Island is the prime example of this type of course architecture, it also exists on Kauai and on Maui in the wake of the dormant (not extinct) volcano—Haleakala.

By the mid-1990s, the biggest golf course boom that Hawaii enjoyed since the mid-1960s had come to a screeching halt due in part to lengthy recessions in Japan and the U.S. Another factor is that golf course construction is a controversial subject on islands where fertile agricultural land is quickly disappearing and more remote locations are being protected from ecological disturbance. In fact, environmental impact fees imposed by the County of Oahu/City of Honolulu on new golf courses are so huge that it is virtually impossible to turn a profit. The last course to open on Oahu was in such dire straits over the impact fees that it took more than five years to open (after completion of the course), and $1 of every green fee is given to the county in perpetuity.

Nonetheless, and even with the closure of about 324 holes on 18 courses since 2008, there’s no shortage of golf holes in Hawaii. By carefully examining all the options, golfers can play Hawaii on a limited budget or at the highest end. If you love the game, Hawaii golf can be a richly rewarding and often surreal experience. 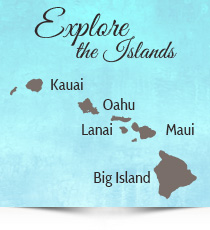